An interesting large stoneware jar made to hold Anti-Gas Ointment. During WWII is was anticipated that mustard and blister gas would be used not only against British troops but also against the British population as a whole. In preparation for this horrific possibility, special ointment was produced that could be used to prevent or lessen the severity of burning to the skin, or as a remedy to ease symptoms after exposure. The ointment was supplied to the military in small tubes while supplies for civilian use were provided in large jars such as this. Production began in 1939 and continued until the end of the 1950s. Thankfully the ointment was never required, but this remains as an interesting reminder of those dark days.

This is one of the later jars. It bears the stamp for Doulton & Co of Lambeth, the company that made all of these jars, and is marked 9/56, indicating it was produced in September 1956.The lid is held in place with a twisting metal clip. It would originally have had a rubber seal at the neck, but this perished away long ago. It is in good original condition. 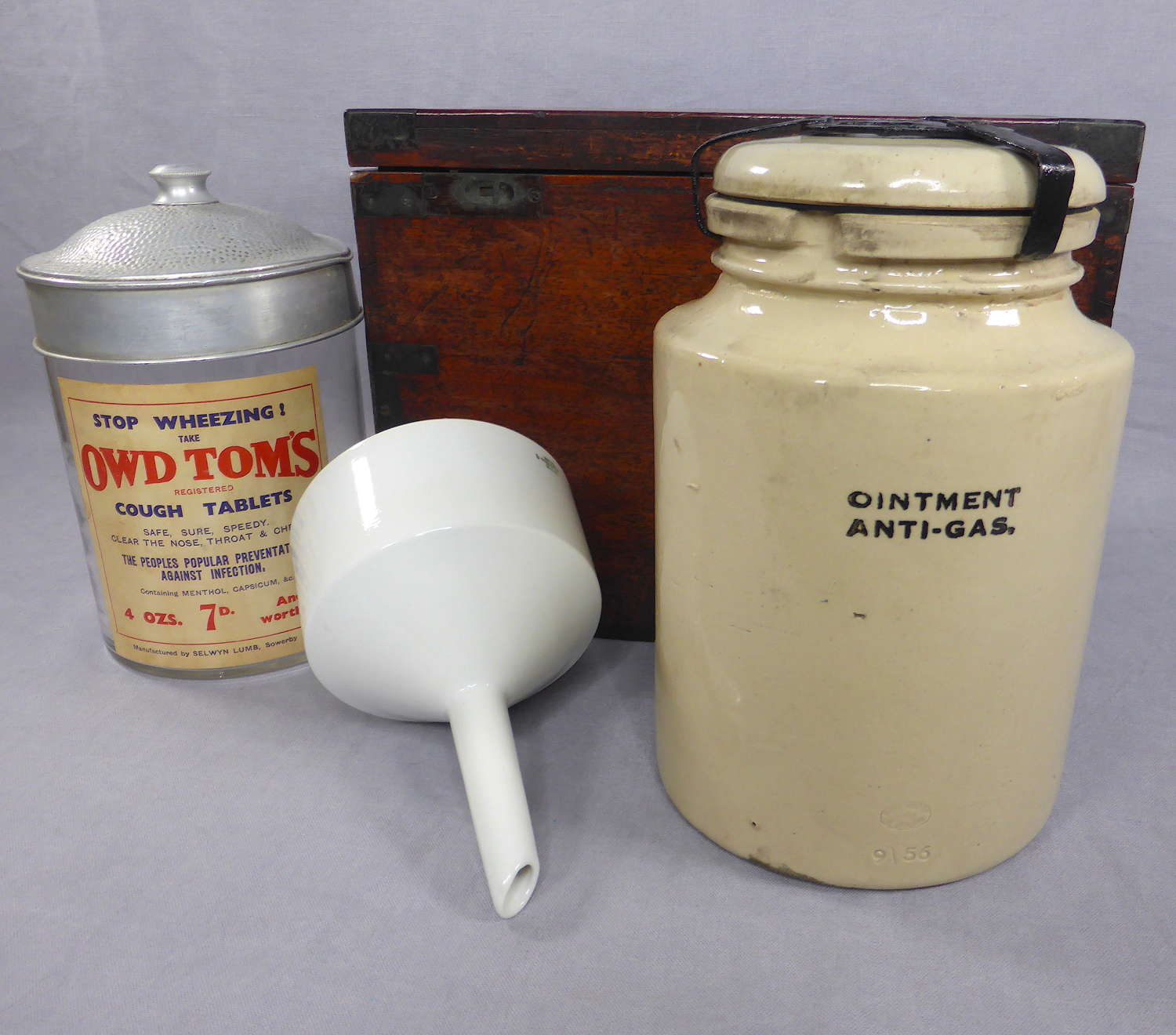 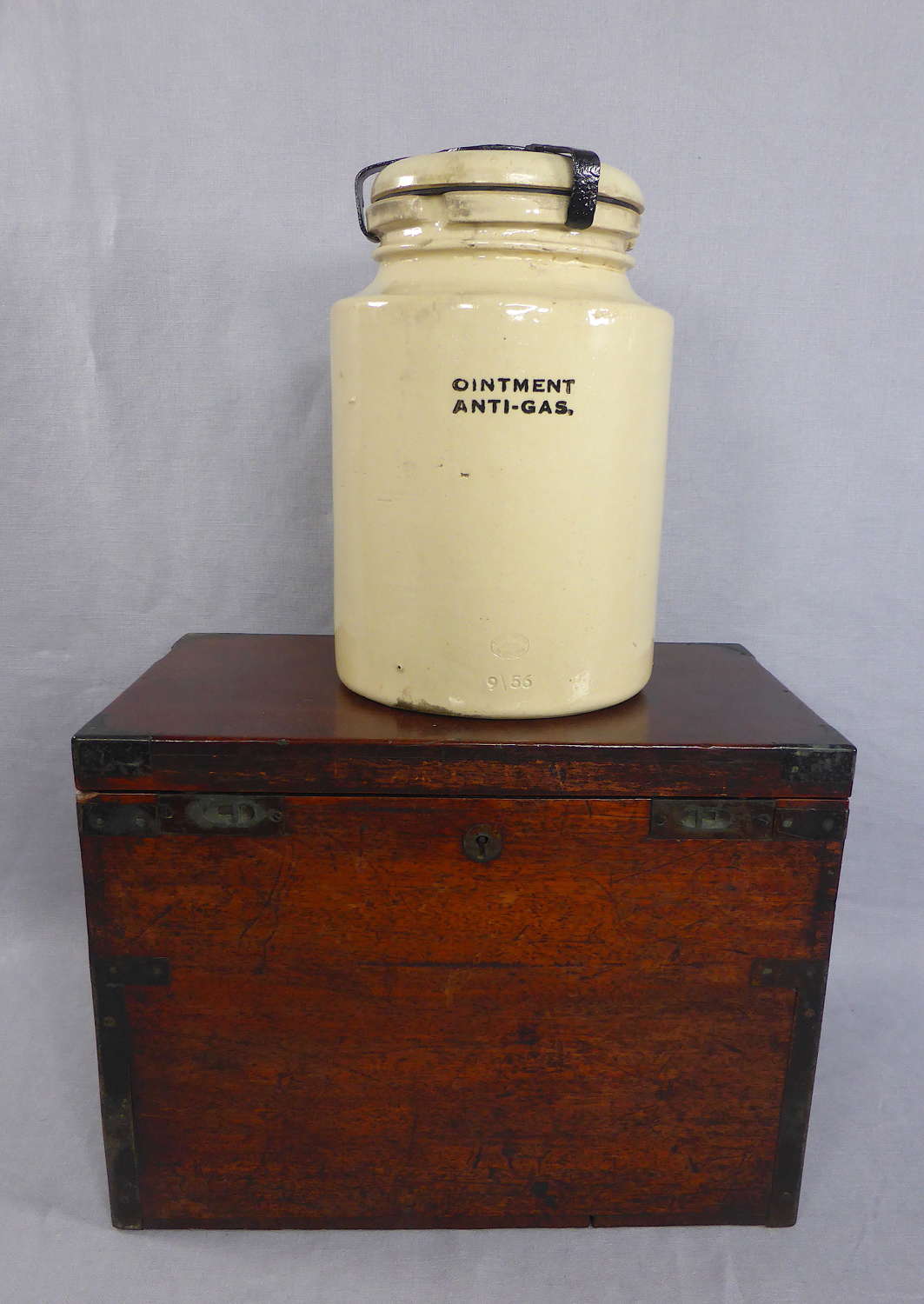 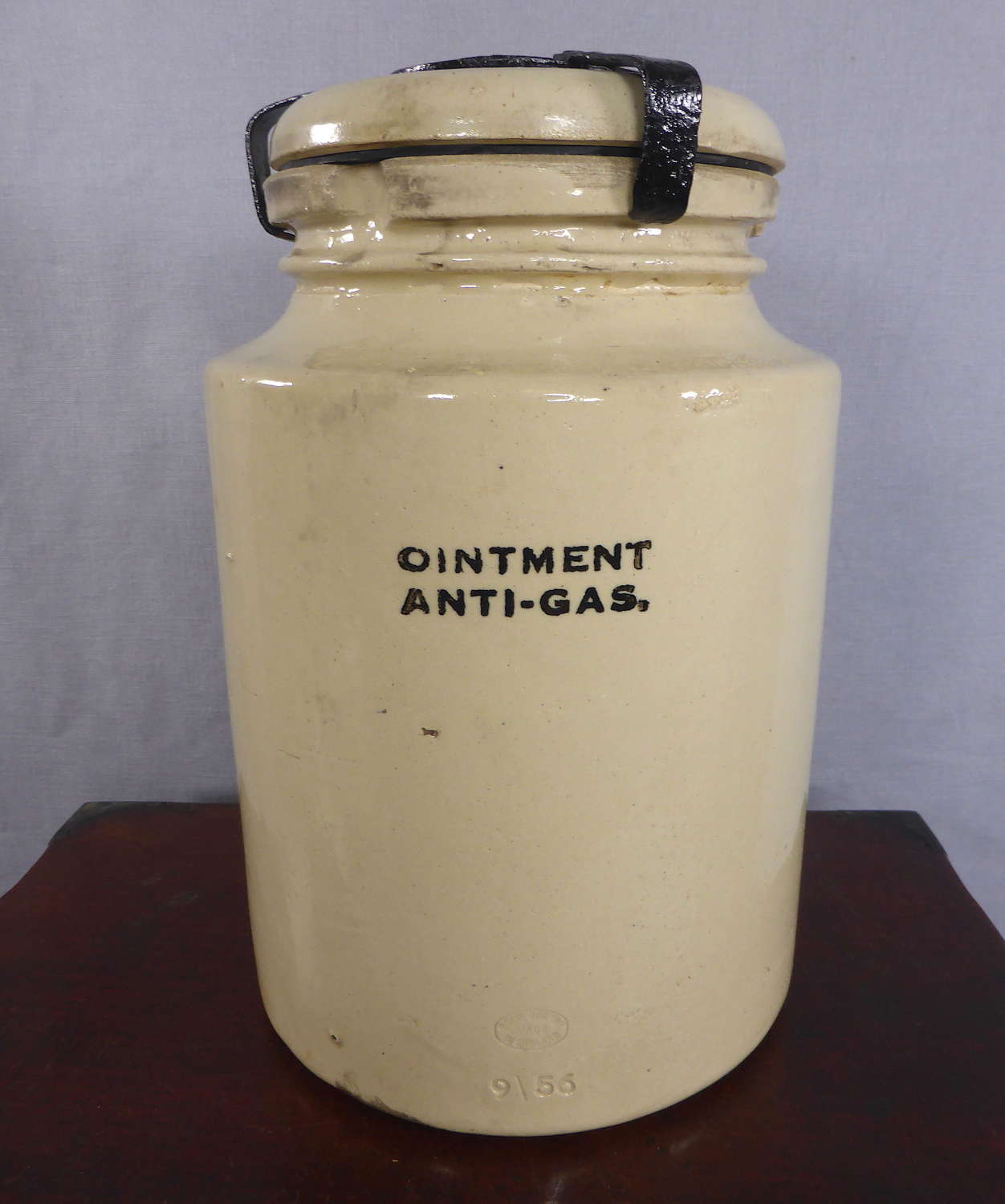 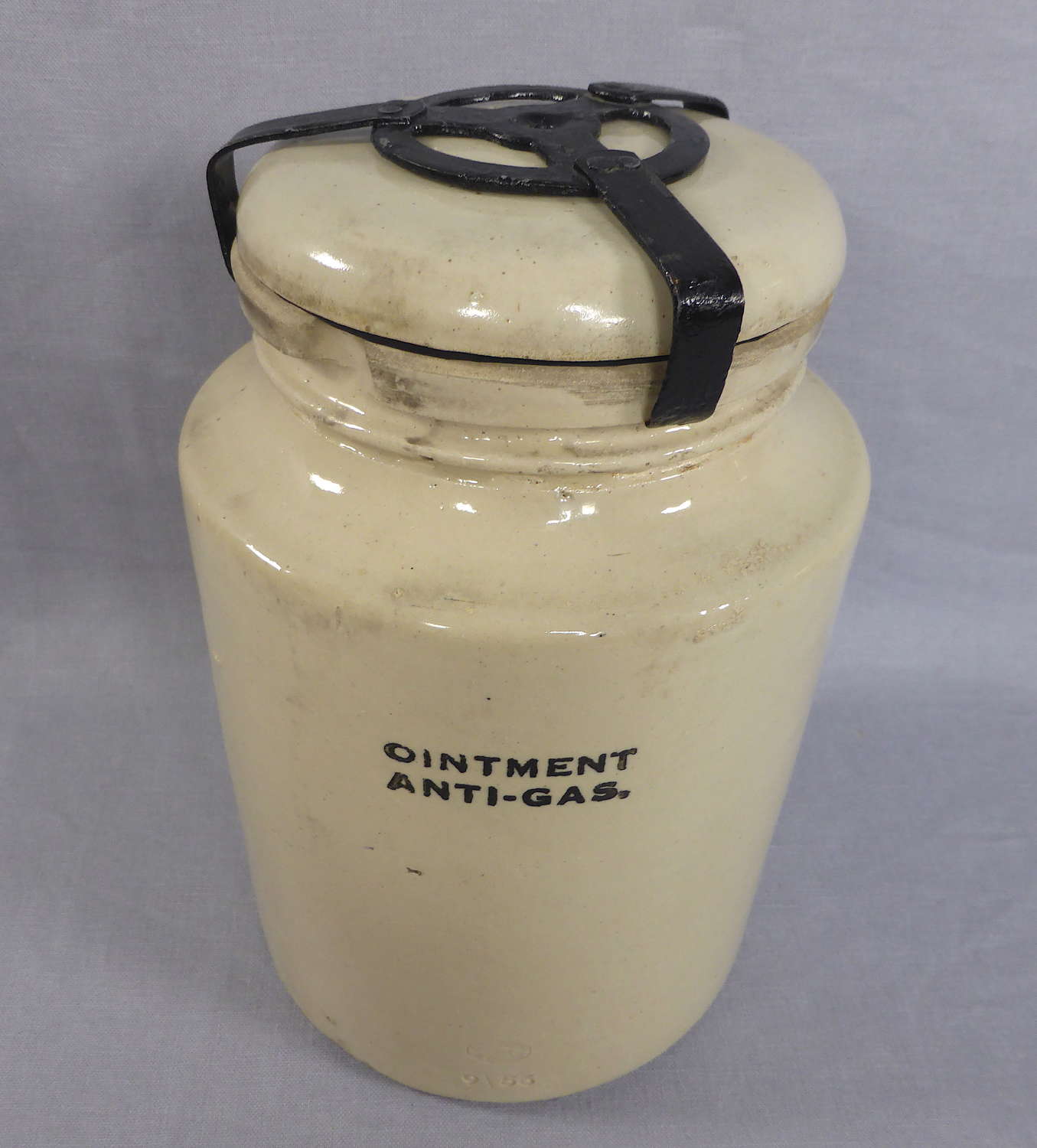 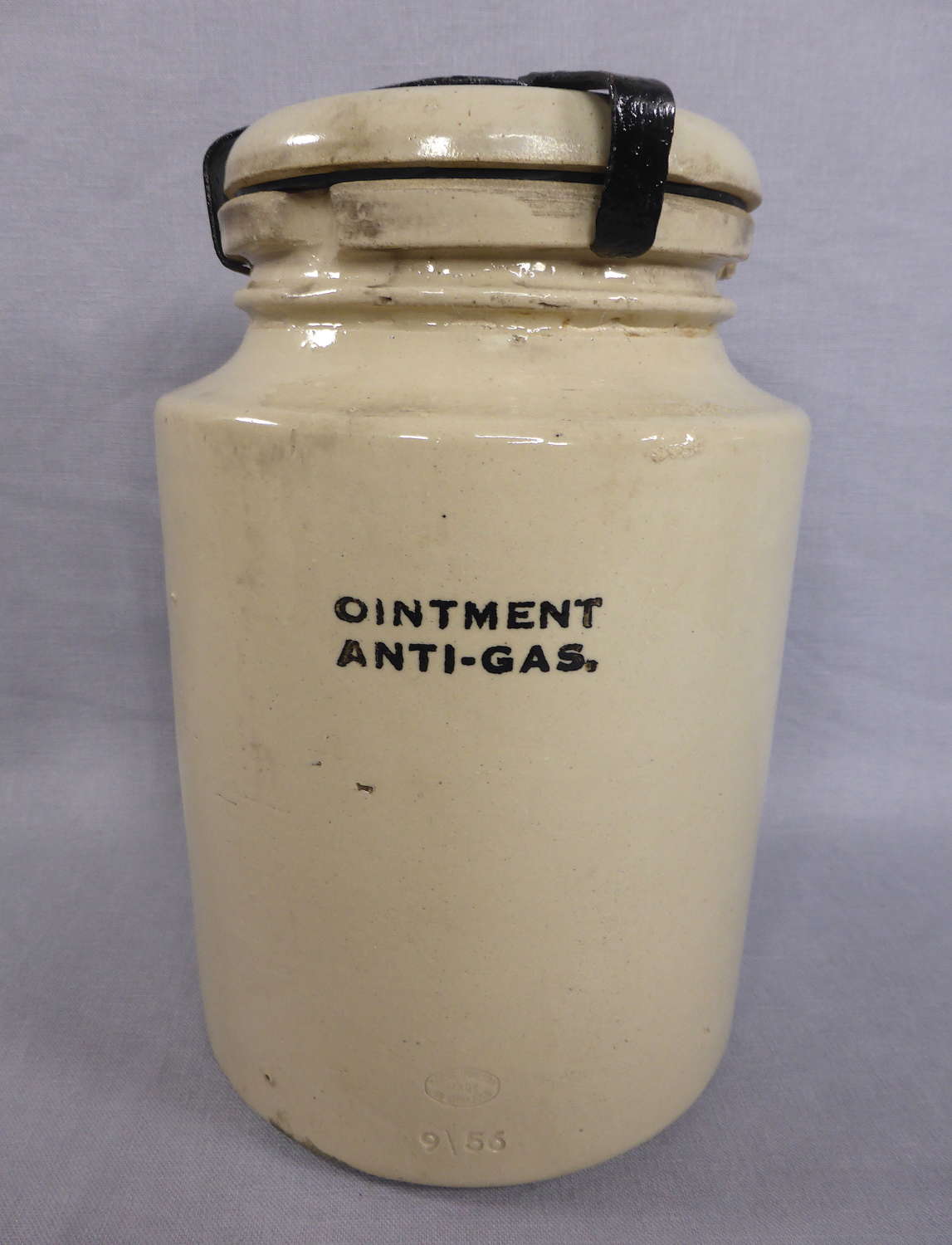 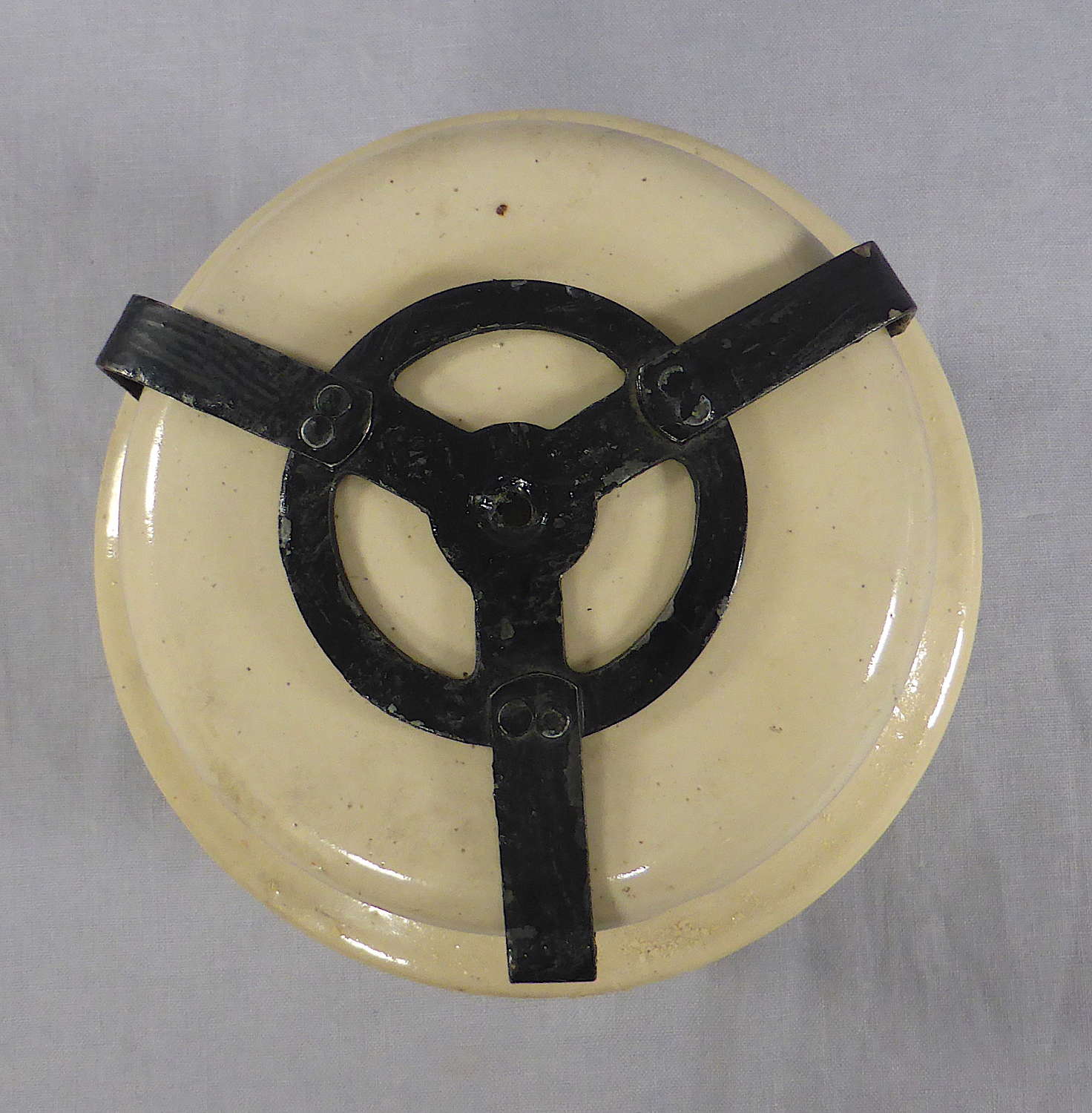 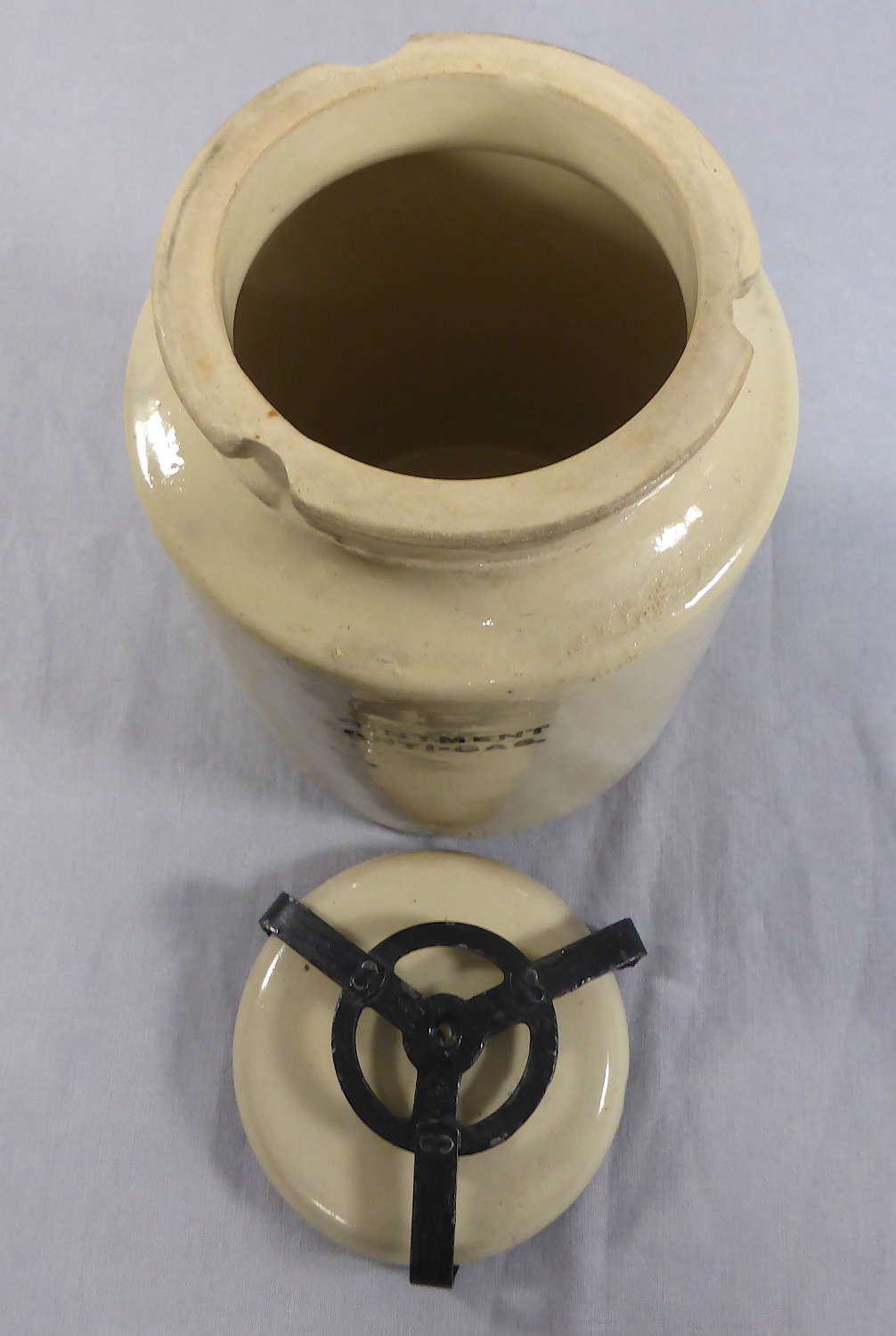 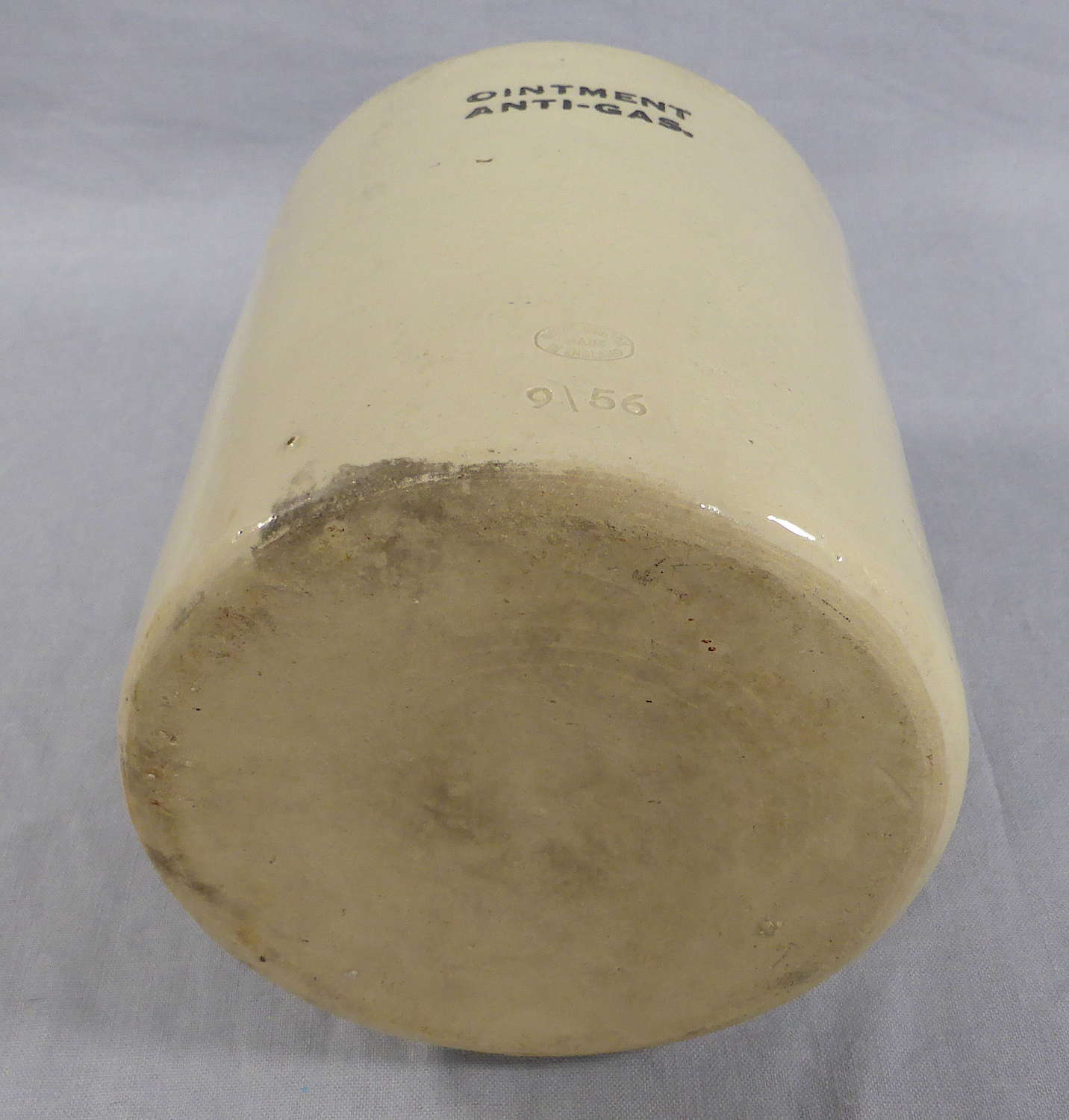 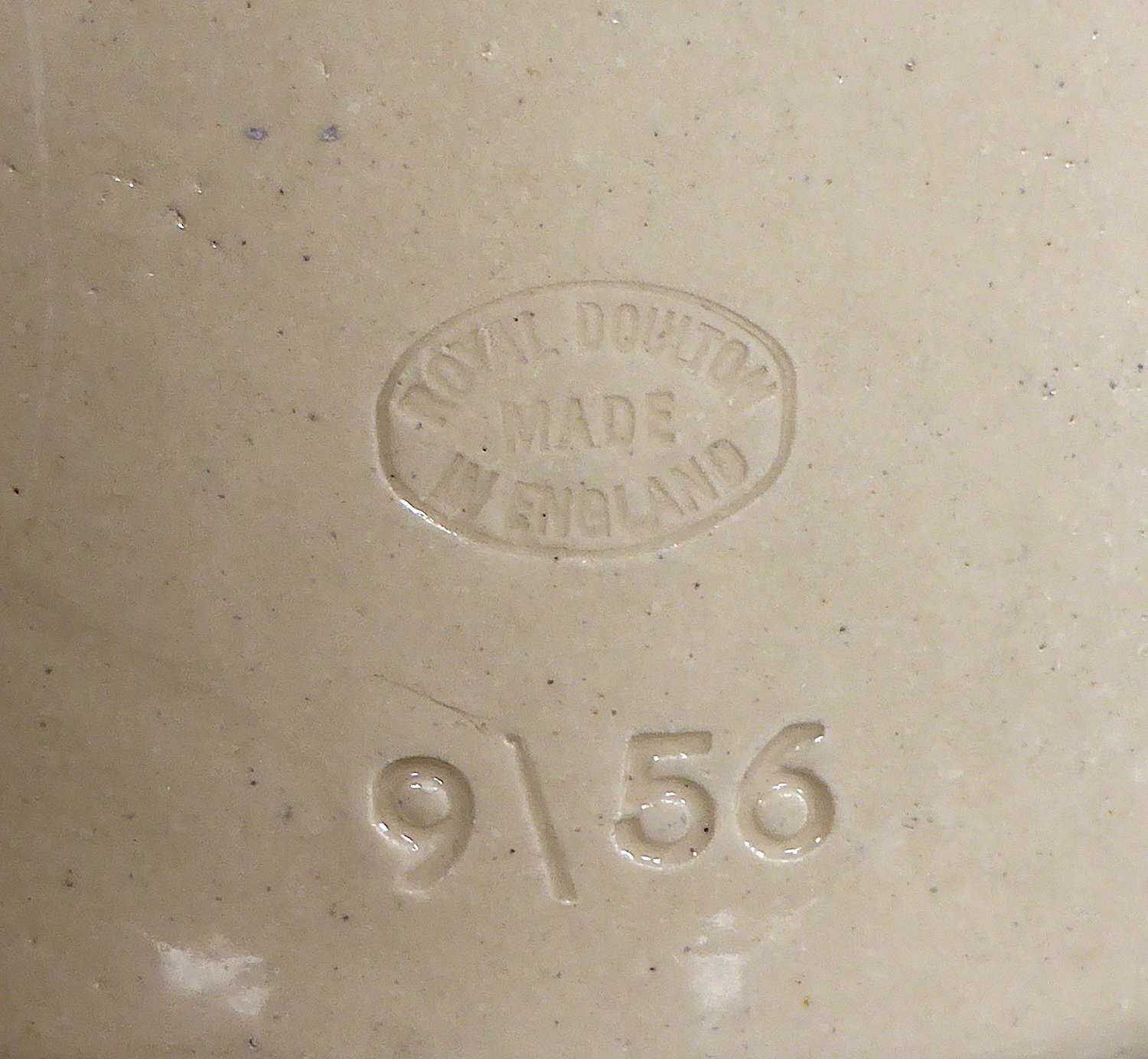